Eight playgrounds are being fully renovated in the 5th municipal district within the framework of BeSecure-FeelSecure (BSFS) project.

The chosen facilities are of small and medium size with high traffic and extensive damage to their equipment.

The implemented interventions aim to upgrade the playgrounds and include, among other things, safer facilities, better lighting and installation of natural fences, following the approach of the modern CPTED model – “Crime Prevention through Environmental Design”.

By enhancing playgrounds in a highly densely populated area, the BSFS initiative and the Municipality of Piraeus addresses the need for the increase of actual and perceived security.

The Mayor of Piraeus Mr. Ioannis Moralis and the Deputy Mayors Dimitris Arapis, Andriana Zarakeli and Kyriaki Bourdakou visited the renovated playground in Dilaveri Park and had the chance to see up close the completion of the project.

The Mayor of Piraeus, Mr. Ioannis Moralis, in a statement, stressed:

“The playground in Dilaveri Park was completely renovated and became safer, more beautiful and more functional within the European project Be Secure – Feel Secure. The eight playgrounds that are being renovated in the 5th Municipal Community now have safe toys, while there is provision for use by children with special needs. We are very happy for these upgrades, as to offer a beautiful environment to the children of Piraeus is our priority. As a Municipal Authority we will continue to utilize European projects in order to benefit our city. I would like to warmly thank the Deputy Mayors Dimitris Arapis, Andriana Zarakeli and Kyriaki Bourdakou for their contribution, as well as the officials involved to the project”.

“The playground in Dilaveri Park is the first of the eight playgrounds, which are being completely renovated through the European project Be Secure -Feel Secure.  A project that aims to upgrade urban safety and here at playgrounds the goal is for the children and parents to feel safe and joyful. The interventions that are implemented in the playgrounds, among other things, include safer installations, better lighting, installation of natural fences and, of course, new toys “.

The Deputy Mayor of Architecture, Mr. Dimitris Arapis, in a statement, pointed out:

“We are very happy to be here today in the new renovated playground of Dilaveri Park. It is the first playground of the 5th Municipal Community that we reconstructed under the Be Secure – Feel Secure project. We have a total of eight playgrounds, which we are reconstructing in the 5th Municipal Community. At the moment the five have been completed. We believe that by next week we will have delivered all eight playgrounds. Respectively, we will deliver them for use to the public when they are certified so that the children of Piraeus and their parents can enjoy themselves at renovated and safer spaces”.

The Deputy Mayor of Public Health and Social Services and President of the Local Council for Crime Prevention, Ms. Kyriaki Bourdakou, stated in a statement:

“In the context of the spatial interventions under the European project Be Secure – Feel Secure project – which we implement in the Municipality of Piraeus – we upgrade and beautify abandoned or vandalized playgrounds. We utilize every tool and source given by European projects to offer the people of Piraeus and their children fun and safety “. 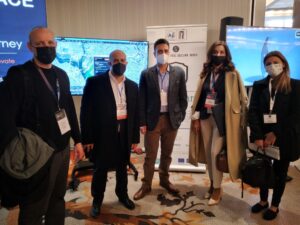 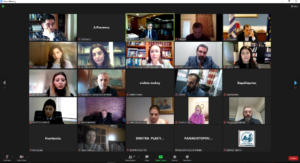 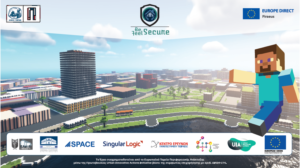 A digital action to promote security in the city of Piraeus

The Unit’s purpose is to provide holistic support to victims of any type of crime and their environment. 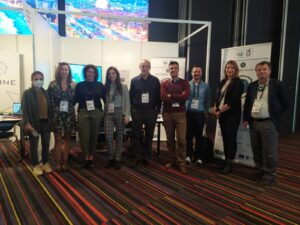 On October 20, 21 and 22, 2021, the BSFS consortium participated in the largest European Forum on Urban Security which brought together over 700 participants from 26 countries and 140 cities.