Piraeus is a city of Attica with its own peripheral urban zone and is an important industrial and commercial area of the country. It is the most important port in Greece, the largest in the Eastern Mediterranean and the largest in passenger traffic in Europe.

The Municipality of Piraeus is the 5th largest municipality in Greece with a population of 163,688 inhabitants, according to the 2011 census, while it covers an area of 10.9 sq. Km.

The wider area of Piraeus consists of the homonymous municipality and six more suburban municipalities, with a total population of 466,065 inhabitants and an area of 50.4 sq.m., and is the southwestern part of the urban complex of Athens that forms the capital region.

Role in the Project

The Municipality of Piraeus is a municipality with extensive experience in European Programs and with its participation in the European program Be Secure Feel Secure aims to enhance the safety of citizens and the urban infrastructure of the city of Piraeus.

The Municipality of Piraeus, as the lead partner of BSFS, is responsible for the coordination and management of the program as a whole.

As a first step, the establishment of the Local Council for Crime Prevention (LCCP), one of the milestones of the project, sets the commencement of the holistic and innovative governance framework implementation.

With the creation of an information unit for victims of crime, the Municipality of Piraeus aims to support vulnerable groups of citizens and to reduce the feeling of insecurity in a social level.

In addition, the Municipality has undertaken a wide range of social, spatial and digital interventions in the selected pilot areas, the 2nd and the 5th Municipal Departments.

More specifically, in the 2nd municipal department the Municipality of Piraeus has set in it’s planning the conduct of information and training sessions in involved local bodies, the organization of sports events and the pilot tests of an evidence-based Collaborative Urban Risk Management (CURiM) platform.

In the 5th Municipal Department the Municipality of Piraeus, by implementing mainly social and spatial interventions, is responsible for the organization of awareness sessions to Secondary Education students, the renovation / reconstruction of playgrounds, the beautification of selected public property which has been abandoned or/and vandalized and the insuring of abandoned buildings.

With the completion of the BSFS project, the Municipality of Piraeus aspires to gradually integrate the good practices and lessons learned in the municipality as a whole.

The European Forum for Urban Security (Efus) is the only European network dedicated to fostering discussion, cooperation and support among local and regional authorities in the field of crime prevention and urban security. 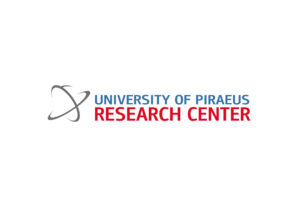 The University of Piraeus Research Center (UPRC – www.kep.unipi.gr) is a non-profit organisation governed by an executive board formed exclusively by Faculty members of the University,appointed by the Senate as its Chairman.

SingularLogic is the leading Greek Enterprise Software Solutions provider and one of the largest Integrated IT Solutions Groups in Greece.

Panteion University of Social and Political Sciences was founded in 1930 by the “Educational Renaissance” Association under the name of the Free School of Political Economics.